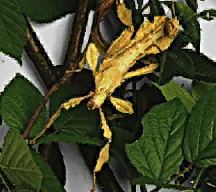 Photo by:
Dorling Kindersley
Orthoptera, large order of insects including the grasshoppers, or true locusts; katydids; and crickets.

The insects in this order have mouthparts fitted for biting, and they are characterized by incomplete metamorphosis. The young, when first hatched, closely resemble the adult insects except in size and the absence of wings. The eggs are comparatively few in number and as a rule are laid in specialized egg cases, although some orthopterans deposit or scatter eggs without such cases. About 23,000 species are known; many swarm in enormous numbers, as in the case of the destructive migratory locusts. The ability to produce sounds of distinct tones and rhythms by rubbing one part of the body upon another is highly developed. Only the males of families that jump have this ability in order to attract females. In the tropical forms, the wings seem to be of little use as organs of flight, but they are of striking value in ornamentation and in concealment.

Scientific classification: The order Orthoptera belongs to the class Hexapoda.